How can you prove that a CCTV System meets the requirements of GDPR and the Data Protection Act (2018)?

How can you be sure that good privacy standards are maintained for a CCTV System? 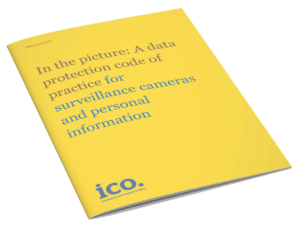 CCTV and the Law

Closed circuit television (CCTV) surveillance is an increasing feature of our daily lives. There is an ongoing debate over how effective CCTV is in reducing and preventing crime, but one thing is certain – its deployment is commonplace in a variety of areas to which members of the public have free access. We might be caught on camera while walking down the high street or visiting a bank, a railway station, an airport or a shop, as illustrated in the Association of Convenience Stores (ACS) Crime Report and Guidance, 2019.

There was no statutory basis for systematic legal control of CCTV surveillance over public areas until 1 March 2000, when the Data Protection Act came into force. The definitions in this new Act were broader than those of the Data Protection Act 1984 and more readily covered the processing of images of individuals caught by CCTV cameras than did the previous data protection legislation. The same legally enforceable standards that previously applied to processing personal data on a computer now cover CCTV.

An important new feature of this legislation was a power for Elizabeth France, former Data Protection Commissioner and now Chair of the Security Industry Authority (SIA), to issue the first Commissioner’s CCTV Code of Practice (Section 51 (3) (b), DPA 1998) setting it out as guidance in a Statutory Interpretive Law format.

This Code of Practice deals with surveillance in areas to which the public have largely free and unrestricted access because, as the House of Lords Committee highlighted at that time, there was specific concern about a lack of regulation and a lack of central guidance. Although the Data Protection Act 1998 covers other uses of CCTV, this first Code of Practice addressed the area of widest concern – the design, installation, commissioning and maintenance of CCTV Systems throughout the UK.

Many of its provisions were relevant to other uses of CCTV and have been referred to over the years as other guidance has been developed in connection with new technology. There were some existing standards developed by representatives of CCTV System operators and, more significantly, the British Standards Institute. While such standards are helpful, they are not legally enforceable.

The changes in data protection legislation from March 2000 meant that for the first time there were legally enforceable standards that applied to the collection and processing of images relating to individuals.

The CCTV Code of Practice has the dual purpose of assisting CCTV owners, operators and installers as well as data controllers, managers and processors to understand their legal obligations, while also reassuring the public about the necessary safeguards.

The Problem : Proof of Compliance

It has been widely recognised that CCTV Owners & Installers have difficulty in proving compliance with the legal requirements of the DPA/GDPR. Similarly, they are not fully prepared for the evidential requirements of the Digital Case System (DCS) used by the Courts as part of the digital transformation of the Criminal Justice System.

CCTV Licensing Services Limited is licensed by the CCTV Data Compliance Inspectorate to deliver unique one-day Certificated Training Courses for CCTV Owners and for CCTV Installation Engineers covering important aspects of the Information Commissioner’s CCTV Code of Practice and the Digital Case System requirements, by the introduction of a unique Digital Compliance Assessment Form (dCAF) as evidential information needed by the Courts.

Each completed dCAF will then provide the necessary vital evidence required by the Courts with regard to Data Compliance.

The completed dCAF will be securely stored in digital format and made available to the Courts and other public bodies on request.

Training courses for CCTV installation Engineers or for CCTV Owners and Users are available all year round nationally.

We use cookies on our website to give you the most relevant experience by remembering your preferences and repeat visits. By clicking “Accept All”, you consent to the use of ALL the cookies. However, you may visit "Cookie Settings" to provide a controlled consent.
Cookie SettingsAccept All
Manage consent

This website uses cookies to improve your experience while you navigate through the website. Out of these, the cookies that are categorized as necessary are stored on your browser as they are essential for the working of basic functionalities of the website. We also use third-party cookies that help us analyze and understand how you use this website. These cookies will be stored in your browser only with your consent. You also have the option to opt-out of these cookies. But opting out of some of these cookies may affect your browsing experience.
Necessary Always Enabled
Necessary cookies are absolutely essential for the website to function properly. These cookies ensure basic functionalities and security features of the website, anonymously.
SAVE & ACCEPT